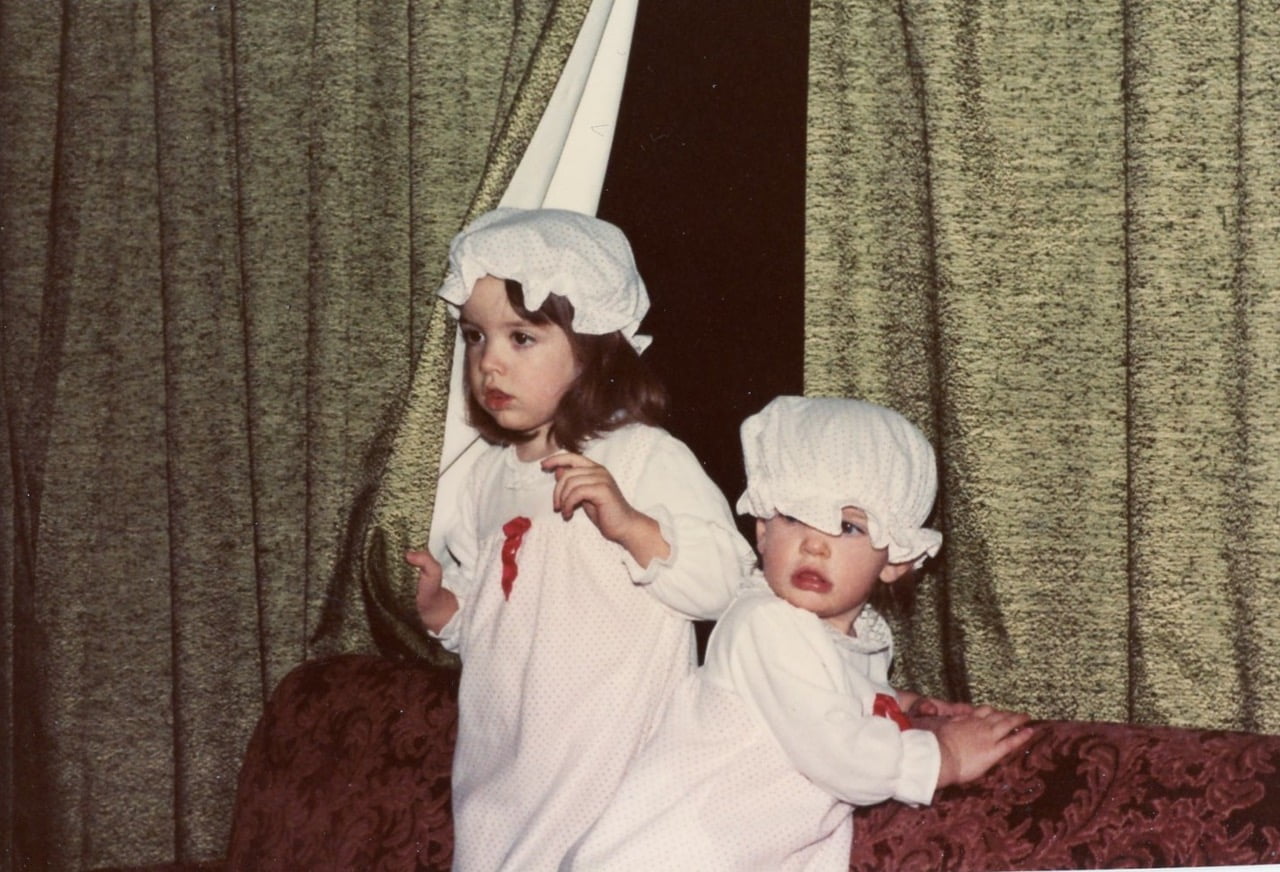 When Your Child is Diagnosed 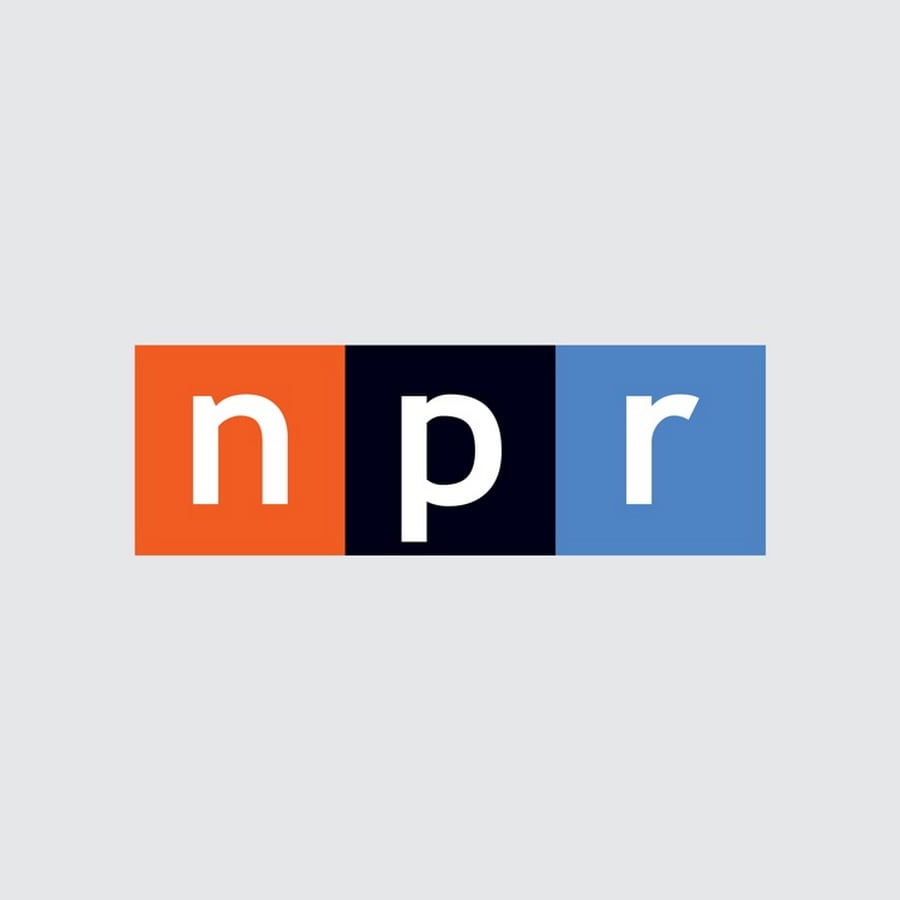 Today, I want to introduce you to someone very special to me—my mom! Since we’re in the Mother’s Day spirit around here, I thought it would only be right to invite my mom to answer one of the questions I get all the time.

Without further ado, meet Karen! She has a Ph.D. in music but she never sings over other people’s terrible voices in church. I know. She’s a saint. She’s my favorite mom which is so convenient because she is mine.

That’s the question Kate has been asked so many times–about what it’s like to be a parent of a child that is seriously ill. So naturally, she asked her Mom. That’s me. 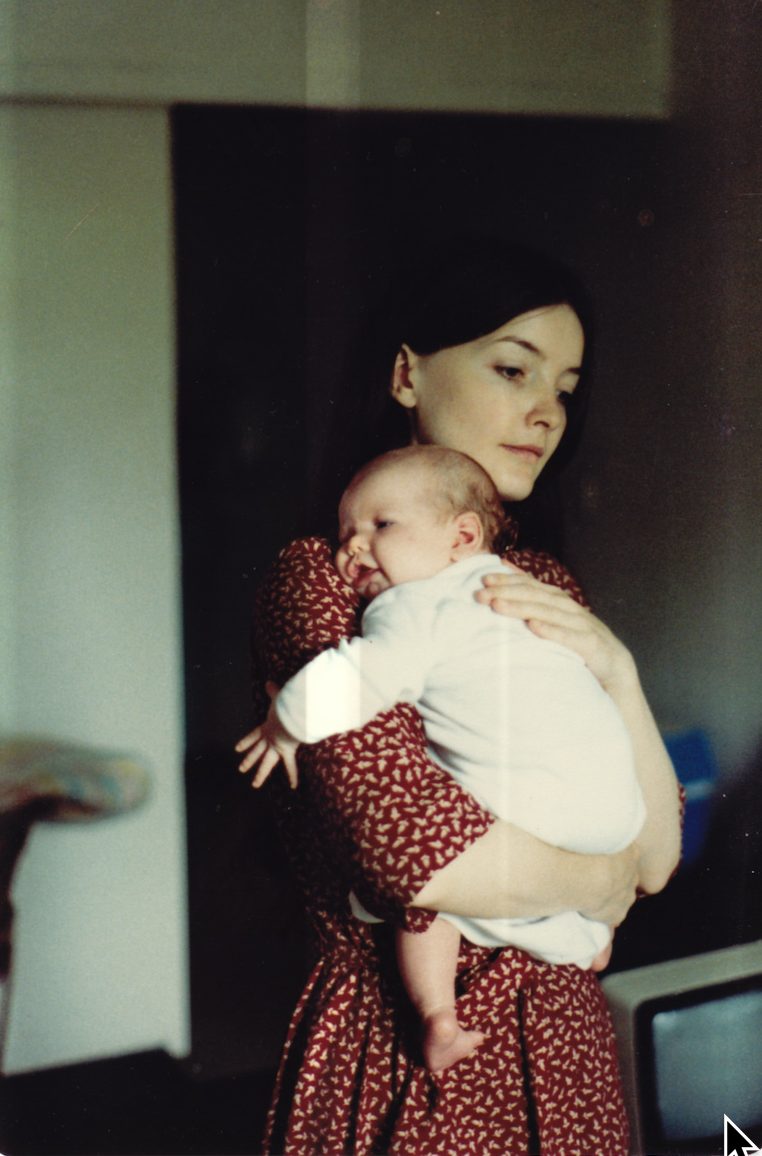 Whew, so here we go.

There it is again, the awkward moment in the grocery store. An old friend appears and our eyes meet. We haven’t seen each other since Kate’s cancer diagnosis, so she hesitates. But rather than walk away, she approaches in a brave attempt to be supportive. And then here it comes again, that phrase: “I can’t even imagine what you’re going through!” It is meant to express empathy, and to acknowledge the enormity of what has happened, and yet strangely it also highlights the divide between us. One of us is in the world of ‘normal’ with everyday problems to solve, and the other is in a world stretched out beyond recognition.

The underlying problem with this terrible other world is that it is all wrong. Children are not supposed to sicken or die before their parents. In this wrong world, the horizon shuts down, and time is marked not by hours or days or weeks, but by scan to scan.

Upon hearing the news of the ugly diagnosis, I felt strangely uncoordinated in my thinking. When emotions did surface, I felt anger, disgust, and the absolute certainty that this was an outrage. In private, tears drowned everything but helplessness and despair. But if there was something I could do….now there was something to hang onto. Make bone broth. Buy organic soap, or cotton clothing. Take Zach out somewhere. And most of all, do your darndest to keep things as normal as possible. Hide your pain. You can at least shield her from that. My rule was, “Don’t cost her anything.” But this can be an isolating rule as well, a peculiar kind of loneliness. The grief of lost intimacy. 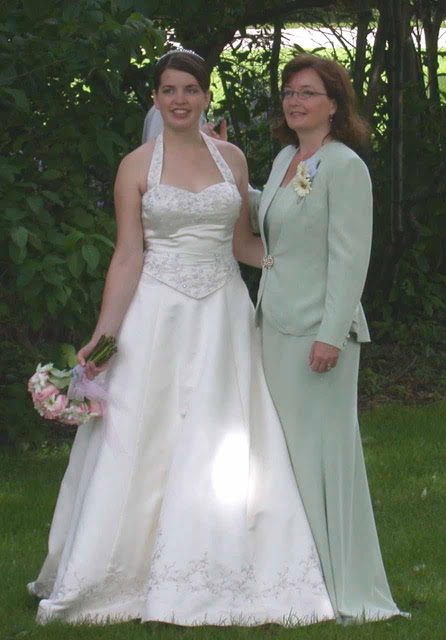 So her Dad and I learned to ask people for things. We heard of a Romanian orthodox service especially for the healing of cancer, and there we received prayer, an icon and a loaf of bread. My own prayers expanded beyond my Protestant traditions to include new ones like the Jesus Prayer, the Catholic Novena, and Mother Theresa’s favorite, the Memorare – nine times in petition and one in thanksgiving. The repetition was an excellent container for my pleas. But sometimes we had to learn to ask people not to do things, like talking about the illness when it was overwhelming. Life becomes a negotiation, as in ‘can I afford this conversation?’ Some days I had trouble getting moving, or leaving the house even when I had to be somewhere. Brain, where are you when I need you?

In the crisis moments, it’s “All hands on deck!” so everybody is conscripted –colleagues, friends, entire churches, and any random stranger along the way who would listen to the urgent message: “My daughter has stage four cancer.” I still remember the man at the local post office who promised in his sweet Tar Heel accent that he and his church would be praying. And I knew he meant it. In all this there comes a heightened sense of gratitude for the faithfulness and many kindnesses of others, and also a deeper tenderness toward anyone suffering. 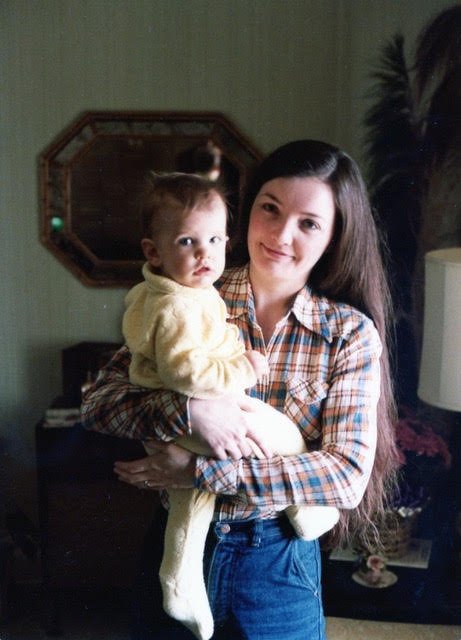 Suffering is a lonely place, because no one else sees with your eyes. There is a void inside you, whose shape only you can define. But when there is a witness to that suffering, someone who sees you in it—will be with you in it—you are not alone anymore with that choking vulnerability, and it is bearable. That’s what compassion is, literally: com-passion, with-suffering.

“Love for our neighbor, being made of creative attention, is analogous to genius…. In this moment of attention,” says Simone Weil, “faith is present as much as love.” (Love in the Void, p. 28) For it is a creative act that is an echo of the divine—Immanuel, God with us. 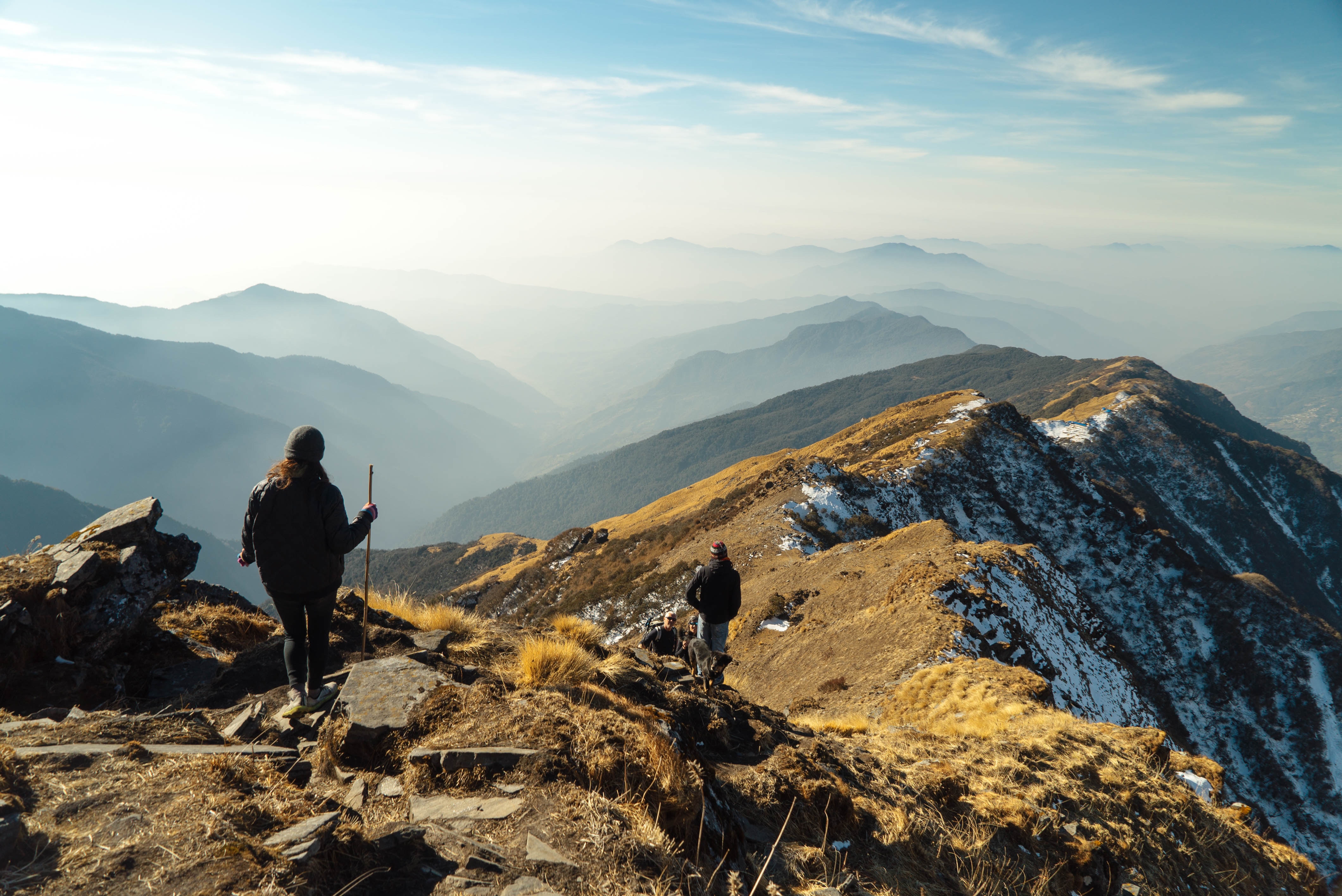 No Kate Left Behind 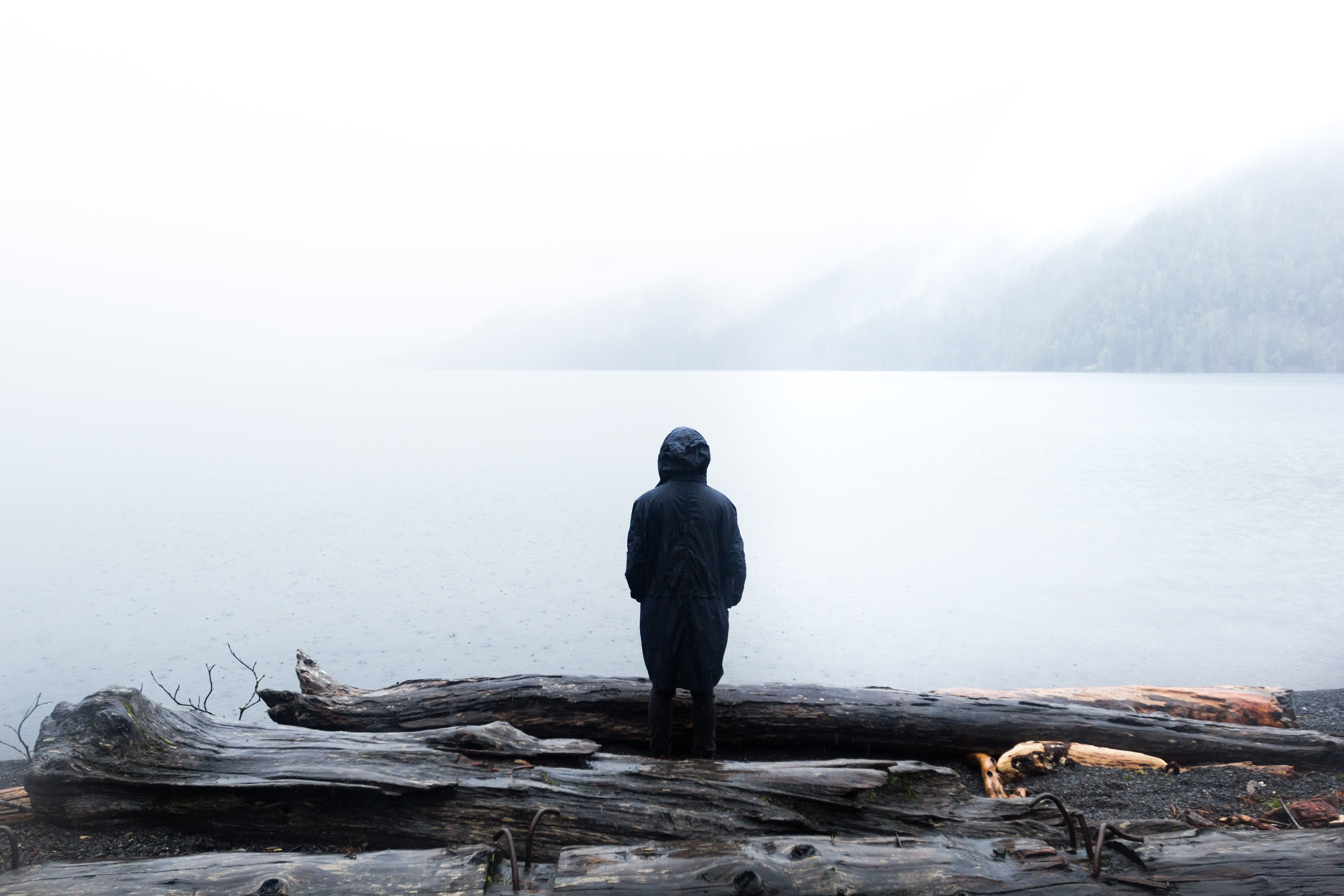 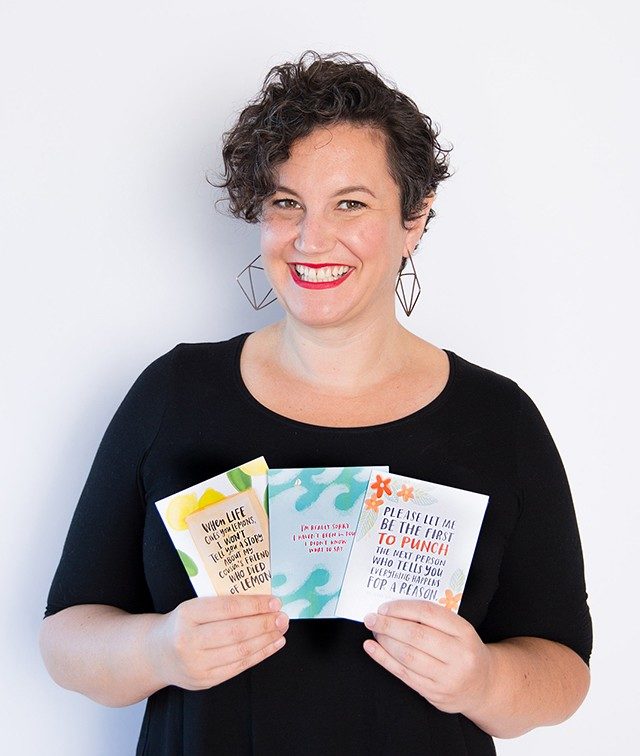 Emily McDowell: There’s No Good Card for That

Thank you for reminding us how important it is to be present with whatever is happening.

Oh my, Kate. Hearing from your mom means so much to me and her words are so honest, so clear, so very very helpful. Hearing her voice makes me ache in empathy as I too am a suffering mom. Thank you~with all of my heart~for sharing her with us. She is lovely in every sense of the word and I wish I could live close enough to become her friend. I’m guessing we are about the same age as you are the age if my daughter. Please thank her for doing this. 😘

Dear Kate, Thank you for asking your mother to share her thoughts about being the parent of an adult child diagnosed with cancer. Two years ago, my beautiful daughter was diagnosed at age 31 with a particularly aggressive form of breast cancer. We never saw it coming – no history of cancer in the family and certainly not breast cancer. In those first months after diagnosis, the news was always bad. I could see the concern in the oncologist eyes when she didn’t respond to certain treatments or was exposed to the very harsh side effects. She embarked upon 18… Read more »

Kate mentioned in a podcast that she admired the way you pray (Kate’s mom). And that your prayers taught her so much. I’d love to hear more about prayer in times of suffering. As the person who is ill, also stage IV, I have relied so much on the prayers of others. I often am too distraught, overwhelmed to know how to pray any more…

Hi Cindy, Thanks for writing. At times when I am overwhelmed and it is so hard to pray, I’ve relied on repetition to help me hang on. Hope of some kind returns, and a measure of peace. It isn’t so important what the words are, because we know that the Holy Spirit prays for us (and in us) with groans too deep for words (Romans 8:26-27). You could pray the Lord’s prayer, or any beloved Psalm, for example 121 “I will lift up mine eyes..” You could also take some beads and make them into your own version of a… Read more »

I am with you and Kate, in thought and prayer. You are not alone, and many are supporting you in love and prayer. I was a nurse for many years and the empathy and compassion that is integral, still consumes me, please know I have witnessed miracles. I am also a mother, and I too love my children immensely as you do. I realize there are days when the grief is inconsolable and incapacitating, please know there are people that care. Sending love and support….

This is quite beautiful. . .

Thank you for your words, especially the lost intimacy part, I struggle to put the words to what I am feeling and that worded it perfectly. Prayers for your family and you.

Now I know part of where Kate gets it from — her mom is awesome. Thanks for sharing her with us.

Thank you for sharing your mother’s words. That was very moving, and brought me to tears. She has so much grace and wisdom.

In 1969, my mom at 37 was terminally ill with stomach cancer and died within 8 months of her diagnosis. I was the oldest child at 20 and was the main caregiver with limited services for cancer patients at that time, she was sent home. When I was asked how is your mom? I wanted to scream “what do you think!! She is dying”—but I knew they meant well and really didn’t understand my internal emotional chaos. I would say thanks for asking—she is having a good day. I learned so much about life from this experience and now, I… Read more »

So it’s hard to find the right place between “I can’t imagine what you’re going through” (no you can’t and thanks for pointing out the distance between us) and “I know just how you feel” (no, you can’t because you are not me.)
Also: This mom remembers being told (in her daughter’s presence) “Mrs. T — , you are doing your daughter a disservice by holding out hope for her.” And this mom remembers storming out the door with a “Never tell a mother not to have hope for her child!”

Dear Kate, Your Mom is so lovely and so wise. he is a blessing to you in every way. Thank you for your post. Without ever being in your situation but being a Mom, I know how we bleed for our kids when there is trouble of any kind. God bless you and your family.

Thank you for sharing. I’ve survived two different cancers so I know people can say crazy things. I learned to appreciate not the words but the spirit of the words. Knowing that people loved me gave me strength and also peace. We can definitely see God in others around us. Thank your Mom for sharing.

Please post the prayer you read about grief on your 5-12 podcast. Thank you for putting so many of my feelings into words and providing such clarity, support, and love. I appreciate everything you share via podcast or blog. You are incredible, & a constant inspiration!

Hi Vickie, You can find all of those details here: https://katebowler.com/special-conversation-how-to-grieve-well/

Dear Kate,
Thank you for sharing your mom’s feelings. It is very inspiring and grounding. Sometimes pain and grief leaves you uprooted from even yourself.
I read your book and listen to your podcasts for inspiration and comfort.
You are an amazing force, a light.

Thank you. My husband is in a stage 4 cancer trial. His original diagnosis was in 2011. My daughter was in kindergarten then, and now she’s about to graduate from middle school. It’s been a long and exhausting road. Hearing from you, and now from your mom, makes us feel less alone.

Thank you for sharing your part of the journey Karen. I’m certain you have brought strength and grace to your family.
Grace and peace to you all.

This was so meaningful for me to read. Our only son died last July 29th. He had Kidney Disease and then Heart Disease became a major issue. He lost his transplanted kidney after a massive heart attack He never whined or complained that this was not fair, altho, I must say, as a mother I did. We had known for the last 35 years of his life that there was really no cure and that he would not live to a ripe old age, but we prayed that we would die before he did. God had different plans for him.… Read more »

I too have an adult daughter with a chronic illness. I too find is alienating when people respond with “I cannot imagine what you are going through”. Or even worse, when the conversation regarding death of a child arises, they respond with “Oh, death of a child is just the worst!” Says who? When did we start rating the pain of bereavement? For those of us who have to face this possibility, it is not helpful to create angst and fear making the loss of a child seem like some rare insurmountable tragedy. Children must bury parents and yes, parents… Read more »